Water is critically important to the Hawaiian people. Freshwater for drinking ad agriculture had to be obtained from the environment and its importance was venerated. The Hawaiian word Wai means water, and “Wai Wai” means wealth. To have an abundance of water is to have wealth. Wetlands have always played a critical role in the lives of the Hawaiian people (Kanaka Maoli).

Wetlands, pools, ponds, streams, and springs were often the centerpiece for settlements, and were quite often reserved for the exclusive use of royalty (Ali’i). In myth and legend, the importance of these sacred waters is repeated. Underground springs are the domain of certain ʻaumakua and deities. For example, the Mo’o (water spirit) called Kihawahine is known in the South Maui area.

Wetlands were vital for food gathering and production areas, as these places provide water and space to grow certain types of food. Wetlands allowed for the establishment of both natural and modified landscapes such as lo’i kalo (wet taro patches), and loko i’a (fishponds) that served an important economic, social, and ritual purpose. These are just a few of the factors that make the protection and restoration of coastal wetlands critically important, and essential to preserving culturally important places of historical significance. The preservation of these places also physically improves the resilience and integrity of the local watershed and its surrounding community.

Wetland protection and restoration represents the cornerstone of the Hui’s goals, and long-term vision. Unfortunately, for well over a century in South Maui, wetlands have been filled in, cut up, and disconnected resulting in these vital ecosystem services being degraded or entirely lost to development.

It is estimated that over 75%-80% of the wetlands along the Kēōkea-Waiohuli corridor have been lost in the past 50 years.

The Ahupua’a System: Each moku was divided into ahupua`a, narrower wedge-shaped land sections that again ran from the mountains to the sea. Each ahupua`a was ruled by an ali`i or local chief and administered by a konohiki. Within the ahupua`a, `ili were smaller divisions (two or three per ahupua`a) that constituted the estate of the chief. (Source: http://www.hawaiihistory.org/)

Indigenous Watershed Infrastructure: Some of the largest historical Hawaiian artifacts we have today are the many Loko I’a (fishponds). These marvels of engineering have withstood the test of time. Many centuries of use made them the focal point for settlements and cultural activities. Over the centuries the Loko I’a of Kula Kai have been rebuilt by many kings. This usually happened after a tsunami or earthquake had damaged them. Smaller engineering works were commonplace in the form of stream diversions into Lo’i Kalo (taro patches), and Lo’i Kalo I’a (fish-stocked taro patches). 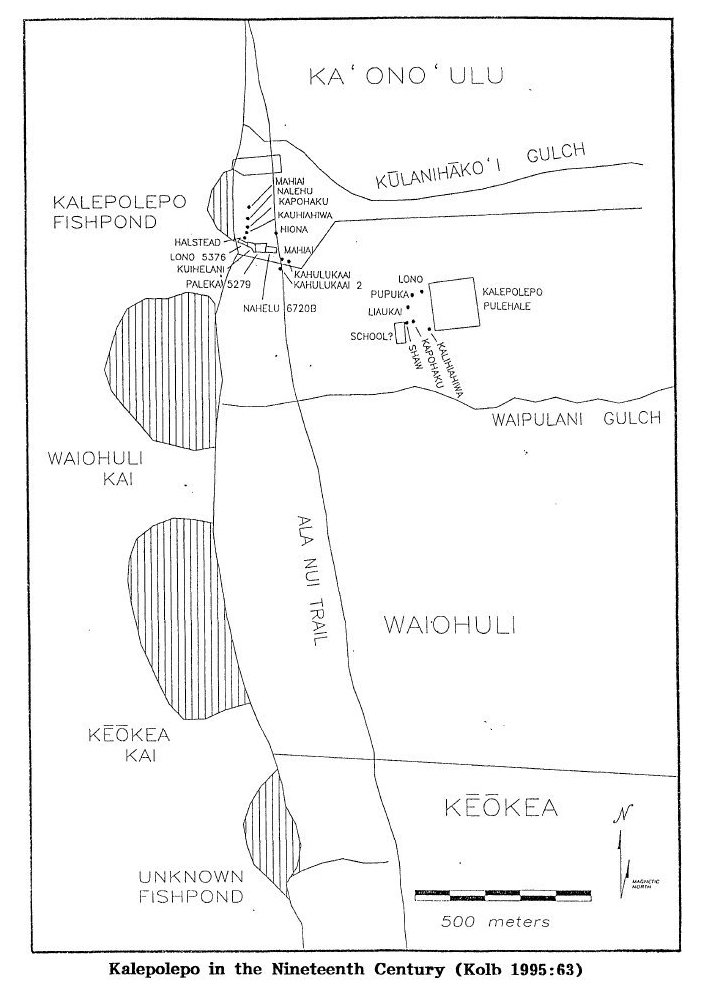