The wetland study site at 16 E Waipuilani Road is located within a Kihei’s Wetland District. This site was mapped during the 1965 Wetlands survey (Kolb), and included in the 1991 Erickson wetlands survey, and is part of a large grouping of local wetlands. Watershed and wetlands features occur on three sides of this site, on the east, west and south sides. This site is located in a well known flood zone with severe flooding on multiple occasions in the last several decades. This site has low elevations and there is no area drainage. It is also one of the last undeveloped parcels in the area. 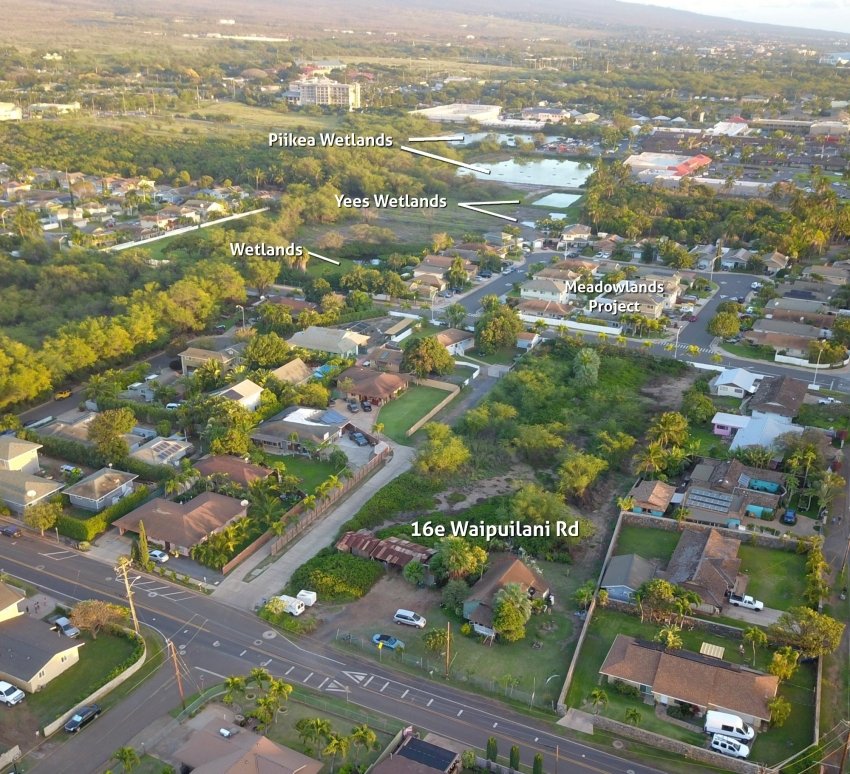 Watershed Services: This site currently provides watershed services such as stormwater detention and stormwater infiltration. The vegetation on site shows indications of the area’s shallow subsurface hydrology, other indicators of hydrology include crusted mud, and accumulated salt deposits visible on the surface. The soil on site is loose, uncompacted soil.

Flood Prone Area: This area is  a notorious flood zone. Partly because of the elevation, and primarily because this part of Kihei has no area drainage. The area is prone to flooding from local rains or from flash flooding from any number of number of local gulches. 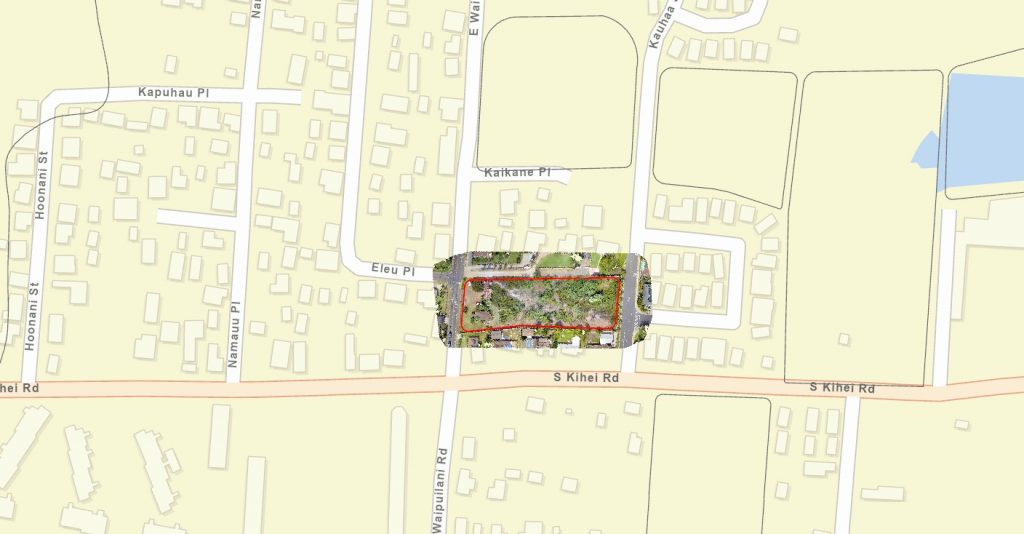 Elevations: The elevation at South Kihei road allows stormwater from several local streams to cross north and south to the low-lying areas. This site is one of the lowest elevation sites in the area, and receives floodwaters from surrounding neighborhoods. The ocean side is blocked by the coastal dune system that keeps floodwaters backfilling into the back beach areas.

Drainage Issues: As a result stormwater can pool up to 3-4 feet deep here for days. Stormwater will slowly filter down through the soils, or the County will send pump trucks to pump out the neighborhood.  There are no stormwater outlets in this section of Kihei.  This site is n a FEMA flood zone. 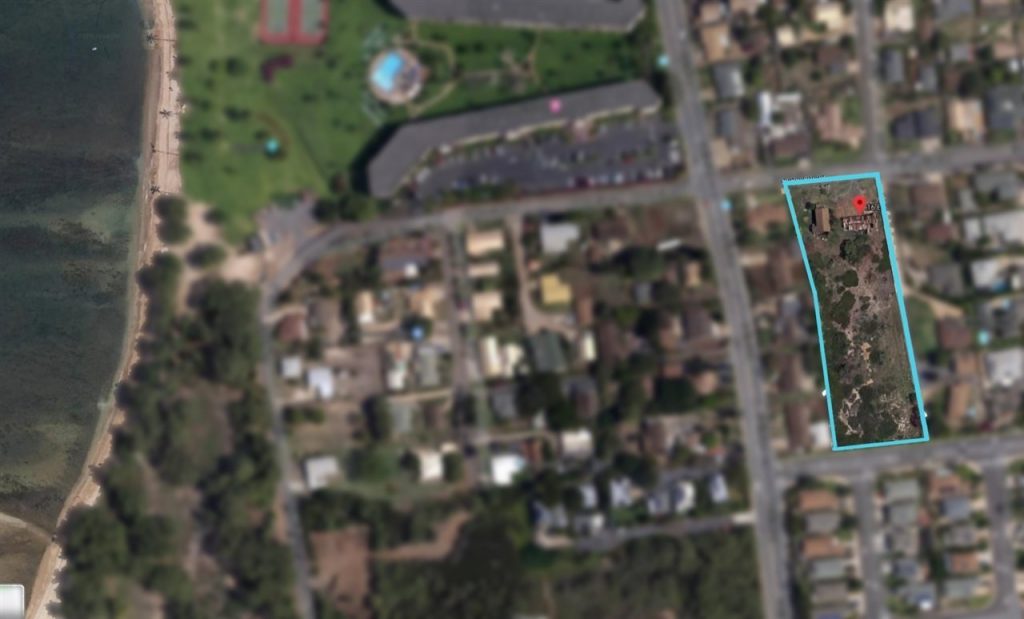 Different Sources of Flooding: There are several different kinds of flooding, riverine flooding from Streams overflowing and spilling out onto the flood plain, and coastal inundation. from high waves, and also rising water tables from excess rain in the aquifer, as well as extreme high tides.

Tsunami Hazard Zone: This area also is vulnerable to tsunamis, even small tsunamis can cross the park and flood local streets. Fortunately larger tsunamis are quite rare but smaller tsunamis of less that 6 feet are more common.

Street Flooding: This area floods frequently and has no sidewalks or curbs, This puts pedestrians at risk, and even cars have been known to break down and float away here.

Mud and Silt: After heavy rains pooling floodwaters usually bring a significant amount of mud. The local areas acts as a siltation pond and silty mud a foot or two deep will be left behind. After the water is pumped out it usually takes a day or two for the mud to dry enough to be scraped away.

Ingress and Egress during Floods: Local residents in this area are sometimes unable to enter or exit their properties, a combination of floodwaters and mud can prevent local residents from getting in or out of their homes, and flooding can also cause road closures that can last several days. Flooding in this part of Kihei can be a major disruption to many forms of transport. 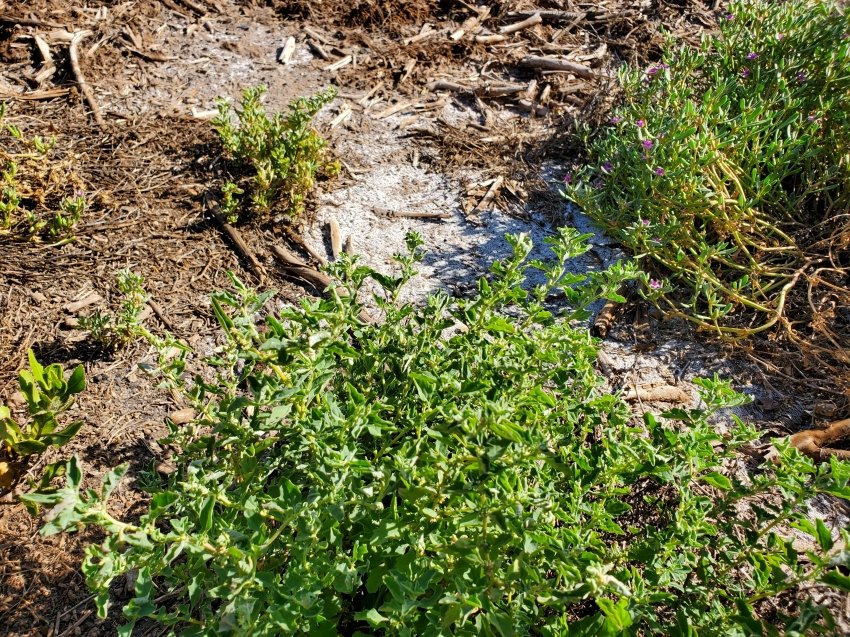 Site inspections and aerial Surveys: This site has been identified with aerial photographs as well as on-site inspections. This site is also on a presumed underground watercourse that runs along E. Waipuilani Road emerges at Waipuilani Park in an ephemeral wetland, and through underwater springs at the shoreline. This site’s larger trees provide habitat for several endangered species, including Pueo and Hoary bat. 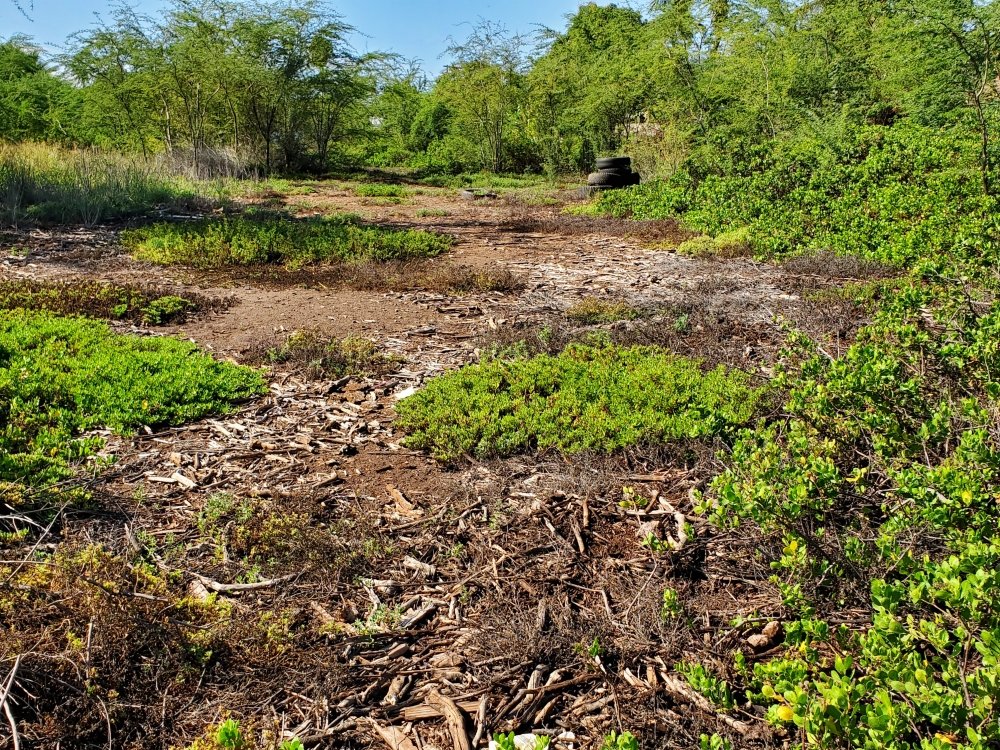